Libraries of all types have contracted with outside companies or other agencies to perform some of the tasks and functions that are necessary to library operations. Administrative functions, such as payroll accounting or janitorial services, are commonly contracted out. Certain library functions, such as cataloging or bindery services, have been outsourced for decades.

This guide provides links to policies of the American Library Association, as well as to tools for managerial decision-making.

Beginning in the mid-1990s, and continuing to the present, there have been concerns about the nature and extent of the outsourced services. Following the 2001 Midwinter Meeting of the American Library Association, a task force began to address the matter of outsourcing, with the report being submitted at the 2001 ALA Annual Conference in San Francisco.

At the 2001 Annual Conference, the ALA Council adopted a policy statement concerning privatization, which was added to the ALA Policy Manual, as B.8.8 (formerly 52.7) Privatization of Publicly Funded Libraries:

ALA affirms that publicly funded libraries should remain directly accountable to the publics they serve. Therefore, the American Library Association opposes the shifting of policy making and management oversight of library services from the public to the private for-profit sector.

Through the work of the task forces and study groups, definitions making a clear distinction between outsourcing and privatization have emerged, as follows.

Outsourcing involves transfer to a third party, outside vendor, contractor, independent workers, or provider to perform certain work-related tasks involving recurring internal activities that are not core to the mission of the library.

Libraries of all types have employed outsourcing in one form or another for many years.  Library literature includes numerous studies for establishing a contract service, including checklists for its effective management.

Privatization is the shifting of library service from the public to the private sector through transference of library management and operations from a government agency to a commercial company. 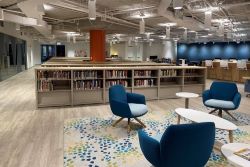 ALA Library
Email Me